Challenges:Juanito isn't chewing his food. He has delayed fine motor skills as well as dysphagia and a recent swallow study shows he has sensory deprivation in his mouth/throat which leads to choking, coughing and vomiting. At birth, Juanito was diagnosed tongue tied which made it difficult for him to latch on and feed, so when he lost weight the doctor ordered for him to have a feeding tube. The feeding tube caused some damage. Juanito needs intense 1-1 supervision when he's eating as well as soft, pureed, blended foods. The overuse of a bottle caused severe decay and his four top teeth were removed, making biting/chewing an even harder task. Juanito is also lactose intolerant and suffers from severe constipation. I can see Juanito's fear of choking anytime it is time to eat, so sitting him down for a meal is an everyday battle.

Percent of monthly budget that goes to feeding difficulties: 10-15%? Now that neither parent is working, this is difficult to answer

Does insurance cover any / all medical costs? all medical appointments/medications are covered. At-home costs, travel etc. are out of pocket. 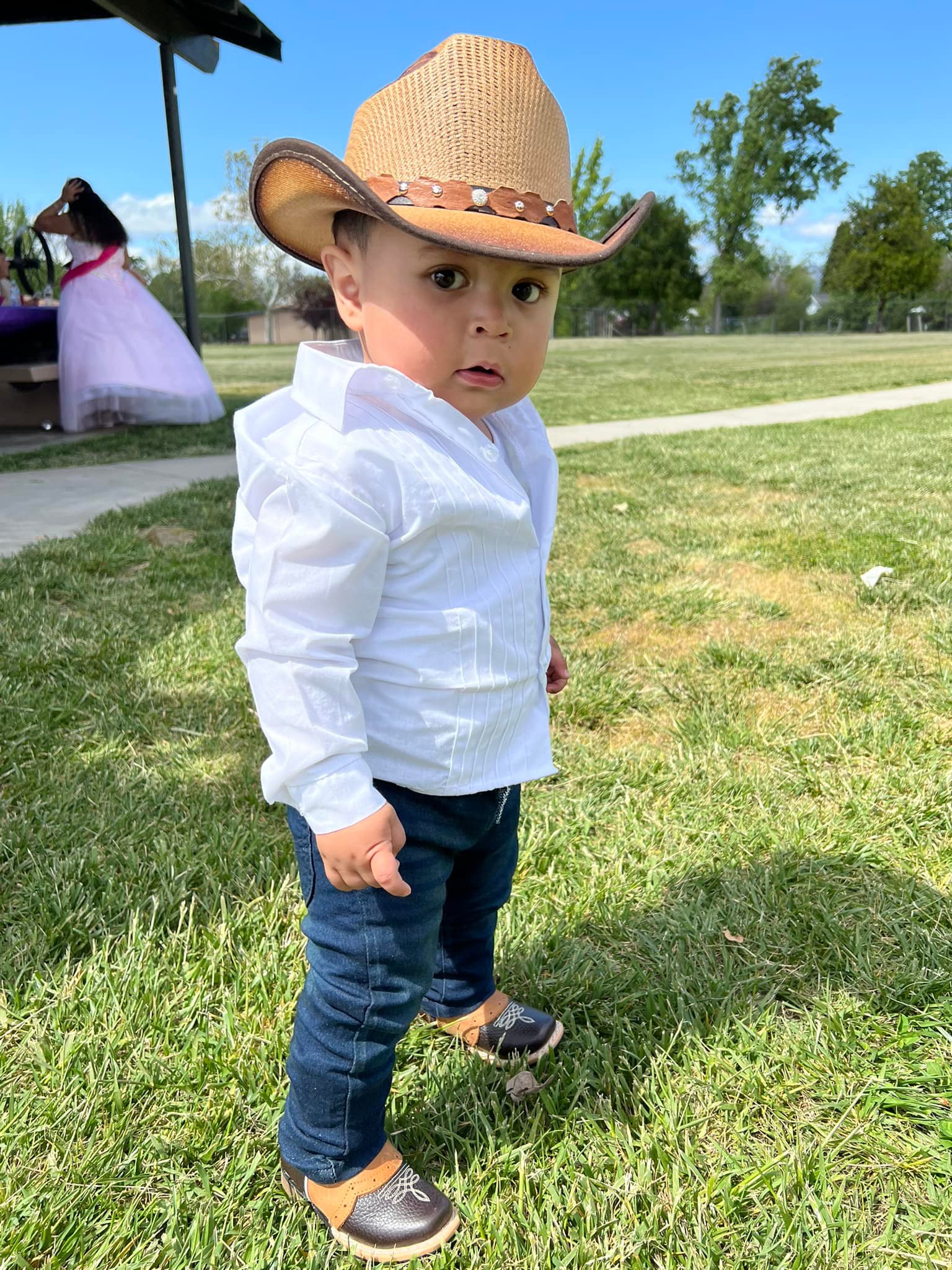 Juanito was a surprise blessing to our family. At birth, when the most natural of things to do (eating) proved to be so difficult we knew we were going to have to work hard on maintaining our little man healthy. When we were sent home with nothing but some tips on how to handle postpartum depression, we never imagined how difficult our journey would be. Once he became of age to begin eating solids, having our pediatrician tell us to keep trying, keep pushing him to learn made it to where we were suffocating our own child and could have caused more harm than good. Finally, another doctor heard our concerns, observed our baby and directed us toward the proper UCSF therapists who were able to diagnose our baby and provide us with information and tips on how to help him, feed him and keep him healthy. If we had known sooner, we would have saved Juanito from everyday pain and suffering.

I (mother) am no longer working and dedicate my life to Juanito. He went through so many child care providers who were unable to care for him the way he needed to be cared for. My husband, Juanito's father, is laid off at the moment so he's taking the time to learn how to properly care for his son. Having any extra financial help is amazing and we would be able to buy a food processor, have the resources to take Juanito to therapy appointments, buy him more cups/spoons instead of him having to reuse the only one we have for him would be great. It takes months to get an appointment after a referral is processed, and when the day finally arrives, not having the resources available to attend the appointment is devastating. Online/virtual appointments require internet access, which some people take for granted - but it's frustrating not having such a basic need. Thank you for everything you do!