Percent of monthly budget that goes to feeding difficulties: Approximately 10%. This includes copays for therapy and dr visits, out of pocket costs for formula, special food, etc.

Does insurance cover any / all medical costs? Insurance covers some of the costs, but there are $32 copays for therapy and dr visits, and 20% out of pocket for formula. 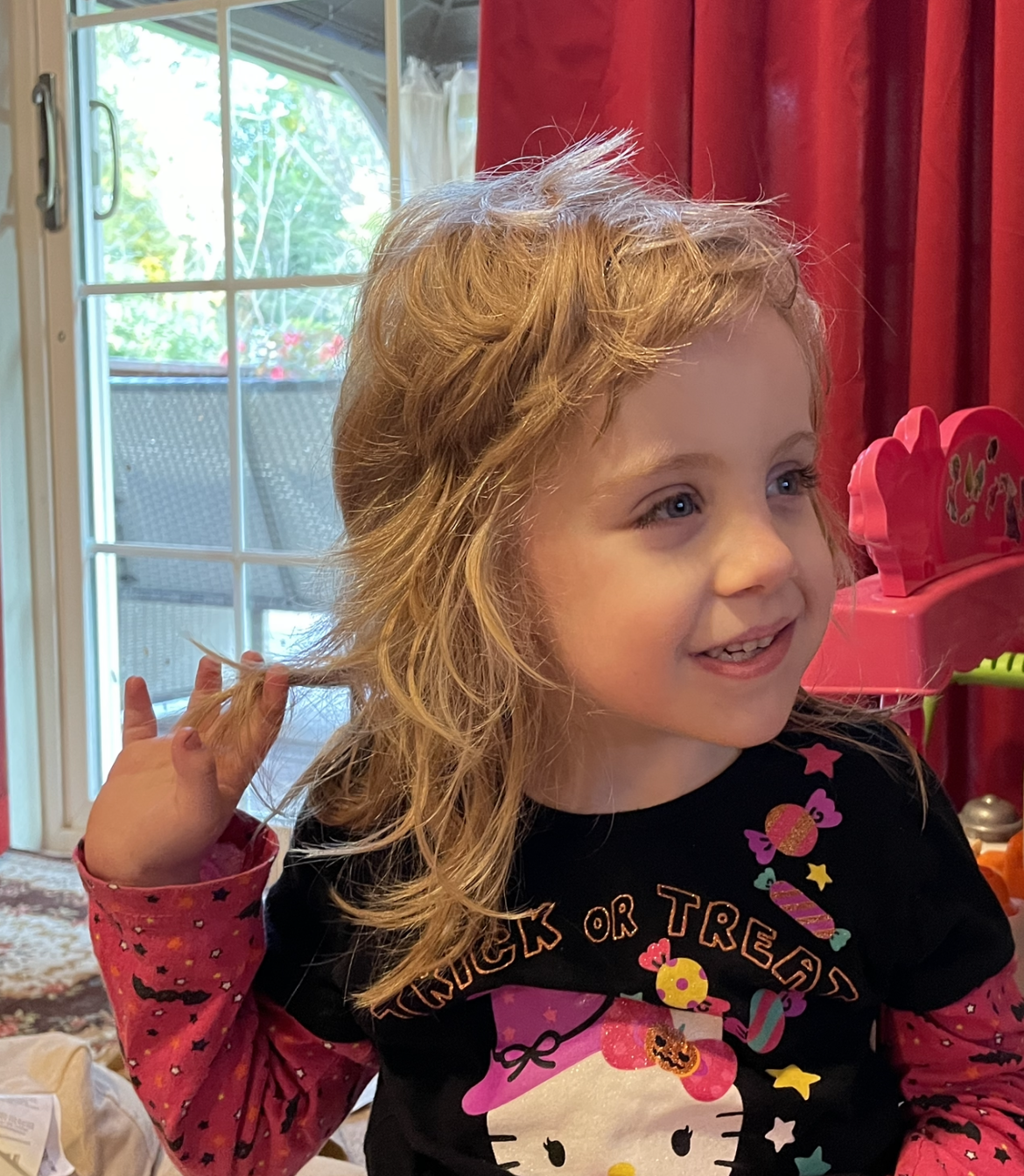 Feeding issues with Harper began soon after she was born. She would vomit her formula often. The problem was first diagnosed as Reflux. She was prescribed Zantac which did not really help much. The vomiting continued and worsened as we added baby foods and eventually tried to transition to table food. She was only able to tolerate pureed or fork mashed foods in very small quantities on a spoon mixed with applesauce. She also didn’t tolerate the attempt to transition to milk (cow, almond, soy, etc.). Because of the milk issue and the vomiting, she wouldn’t gain weight like she should and was diagnosed with Malnutrition and Failure to Thrive. The dietician recommended some different toddler formulas specialized with extra nutrients and calories. We tried a few until we found the one that Harper’s digestive system would tolerate.

She went through a few therapists starting with Early Intervention, to therapists at a local hospital system. After minimal progress, we were advised to try another therapist. This advice left us feeling like we had just wasted so much time and would have to start over again. To our surprise, we found a new therapist who was very familiar with pediatric feeding disorders. She has been such a blessing. She was the first therapist to actually talk to us about PFD instead of just assuming that Harper’s feeding issues were a behavior problem. Her method of therapy includes Play Therapy, which Harper responds to much better than the Behavior Type of therapy. The new therapist also figured out what was causing some of Harper’s feeding issues. Now Harper is on a journey to learn how to chew and eat foods. Harper is finally making progress, albeit very slow, but it is still progress.

I wish we had learned about Pediatric Feeding Disorders earlier. If we had, Harper would have received treatment and therapy that was appropriate. It would have saved a lot of stress and validated that there really was a problem. So many times, we felt like we were doing something wrong because people would tell us that Harper was a picky eater or we were feeding her too fast or too much or we didn’t burp her often enough. People can be very judgmental and make assumptions about things that they really know nothing about.

Although we do have medical insurance, they have made many things very painful. They require authorization for specialists, therapist, and specialized formulas. We had to go through three levels of appeals to get approval for Harper’s formula which has been certified as medically necessary by her physician. During this process of appeal, which took three months, we had to spent $2700 out of pocket and are now attempting to get reimbursement. We were also denied coverage to take her to see a Dietician/Nutrition provider. Guaranteed coverage would give us peace of mind that Harper would receive all of the things needed for her success.