Challenges:When we first had our comprehensive evaluation and started feeding therapy for Ari's disorder Ari was at a point where every part of the eating process was a challenge. He would scream if you even tried to put him in a high chair, he didn't know how to properly chew his food or use his tongue to move things around and he gagged and choked at every meal. If his hands got too dirty or sticky he would literally sit there incapacitated with his hands in the air until someone wiped them off. He still does this sometimes but has gotten a lot better at managing his discomfort. His high awareness to texture also causes challenges with trying new foods and managing them. If a certain food has a strong odor he will avoid it all together. I would say over the last year and a half of feeding therapy Ari has had to be exposed to most foods over 40 times each to finally be able to investigate it. Now that I know more about PFD I would surmise to say that Ari's struggles started at birth.

Percent of monthly budget that goes to feeding difficulties: We spend about $500 a month for his food, formula and medical/therapy appointments.

Does insurance cover any / all medical costs? Our insurance was never able to cover any food or formula for Ari because if you can eat one food (yes, one food) you are not eligible to receive help to cover any formula etc. For each feeding therapy session we only have to pay a $30 copay and the rest is thankfully covered by our insurance. This is the same with any of his GI tests (swallow studies) etc. 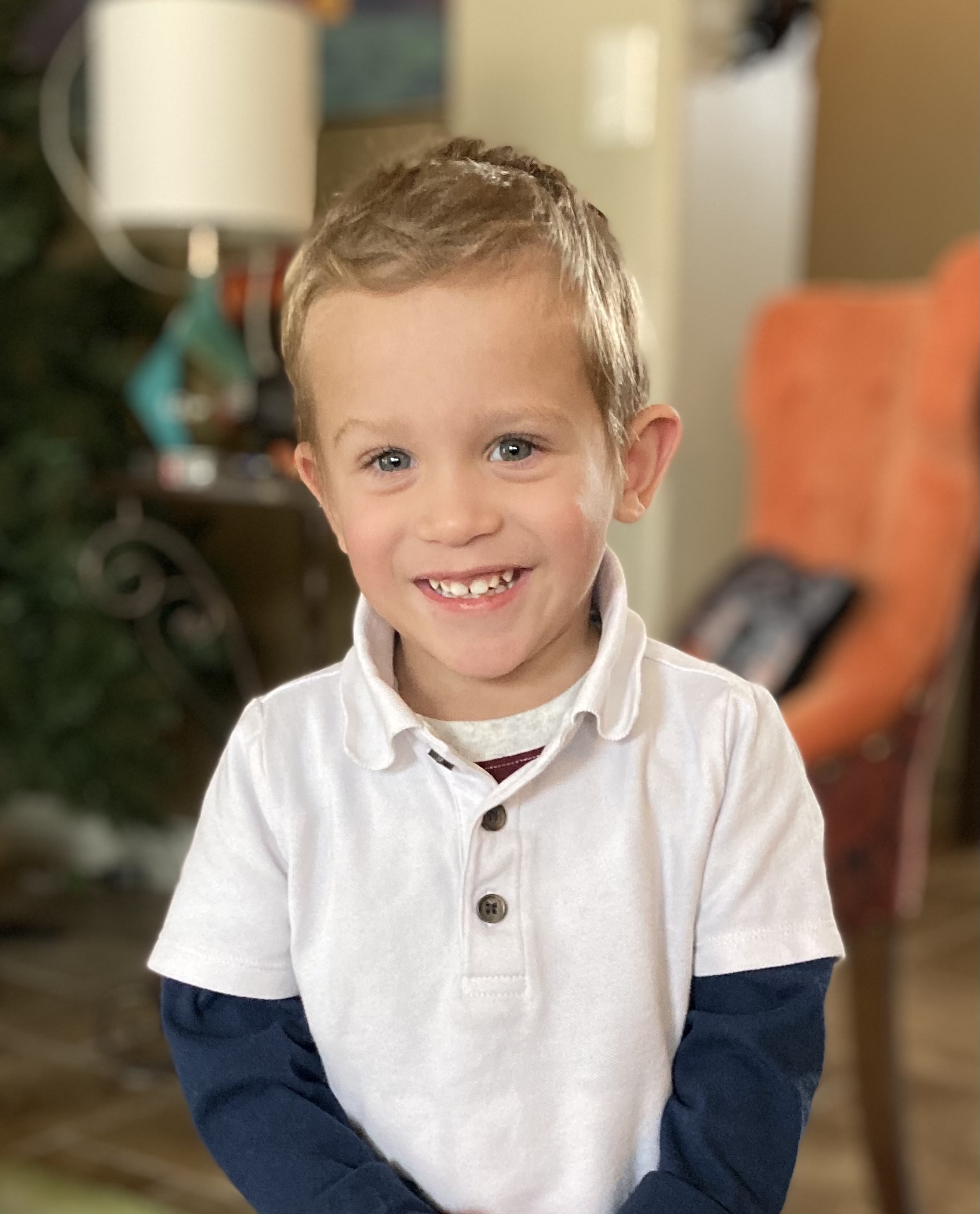 I knew early on that something was not quite right with Ari's feeding and nutrition. As a baby he was labeled with Failure to Thrive, Difficult Swallowing, Unspecified Vomiting and Malnutrition. This was difficult to understand at the time because it looked like he was eating enough but he would projectile vomit, choke and gag so much during feeding that I knew something was wrong. Once he started eating more solids I noticed that when he choked, gagged and vomited the food would come up exactly the way I had prepared it (size wise). Realizing that your child literally has no idea what to do once the food is in their mouth i.e. chewing sufficient times, moving food around in their tongue and ultimately swallowing was eye opening to say the least. The wave of relief that came with the knowledge and help from his feeding therapy team that he had a disorder and that this was something we could work on and help him with (even at 16 months of age) was the best feeling I've ever felt. I feel happy that we were able to figure this out as early as we did but I would have given anything if I could have had the diagnosis earlier. Not to discount any of the amazing progress that little Ari has made thus far with his amazing feeding therapist but if at six months of age when we started solids I could have had tools and coverage to help me with his PFD, we would be in a much difference and better place than we are now. Feeding is still a daily struggle and I am so thankful that Feeding Matters had all these resources available to me almost two years when we started this journey and that it's even better for parents starting their journey today and moving forward. View more of Ari's story here: https://www.youtube.com/watch?v=rTTzqnNb2iM&t=10s

When we first started this journey with Ari I was shocked at how many things were not covered. When Ari turned one year old we decided that I would quit teaching and stay at home with him because feeding a child with a disorder for someone that had no knowledge of PFD or what to do is literally a full time job. It was evident on one salary (and even a pretty good one) that the costs of all his needs were adding up quickly and it became a stressor. Helping your child learn how to feed themselves and provide the nutrition and support they need to survive and thrive should be a universal right to all, and this in part for many people requires financial assistance. Without our insurance we would be tens of thousands of dollars in debt at this point. Having a formal diagnosis and coverage would not only help bring awareness about PFD to the forefront but also assist so many people that are struggling.